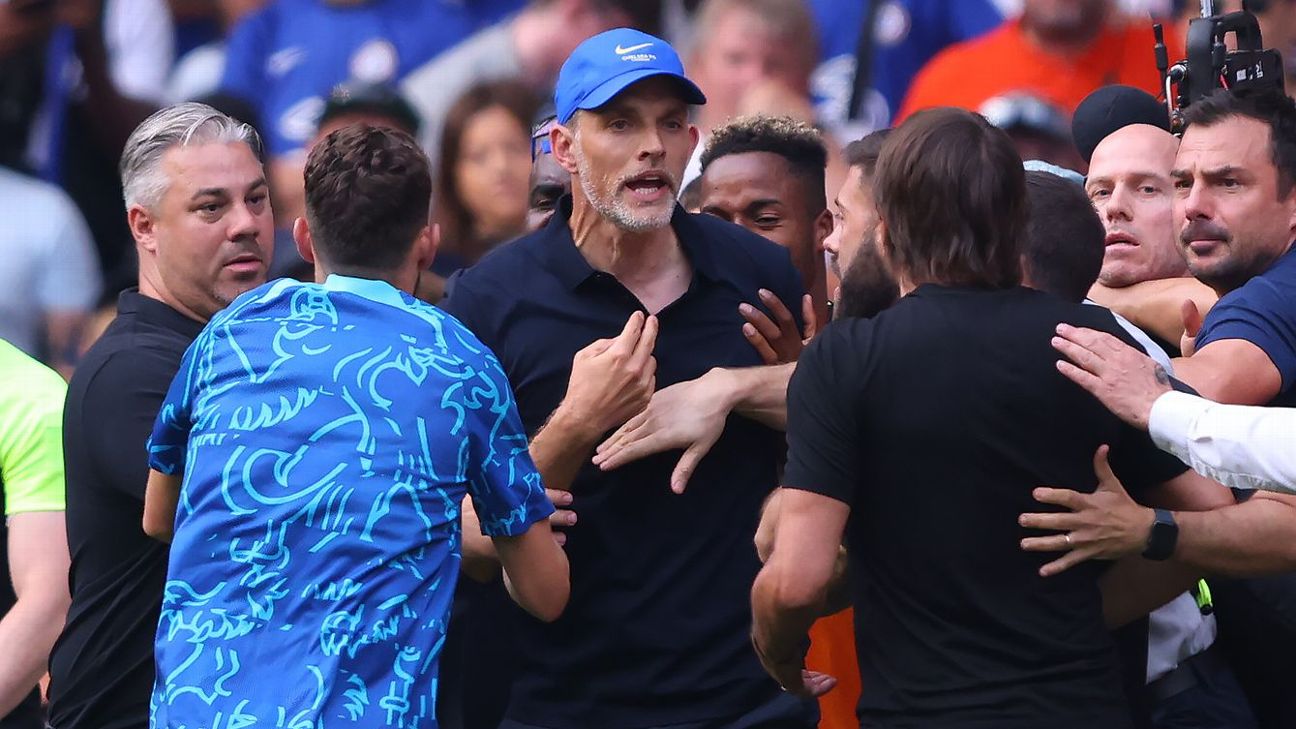 Tuchel and Spurs manager Antonio Conte were both sent off after the final whistle of the 2-2 draw on Sunday after several flare-ups during the match, with the English Football Association charging the pair with « improper behaviour. »

– Notebook: Chelsea’s Pulisic set for showdown talks
– Ranking every transfer between big six clubs
– Which clubs make the most profit in the transfer window?
– Don’t have ESPN? Get instant access

An official decision has not been made on whether Tuchel will be on the touchline for his team’s match against Leeds on Sunday afternoon, however, and Marsch said he would be « disappointed » if the Chelsea head coach is allowed to be in the dugout.

« He won’t be there, » Marsch told reporters in a news conference on Friday. « Are they saying he may be on the bench?

« That doesn’t seem right, I mean, if you get a red card, you are out of the match. I would be disappointed if they allowed him to be on the bench.

« There’s a simple rule in football. Whether it’s soccer or football, you cannot play the next match. »

Marsch said Tuchel’s absence would not give Leeds too much of a boost given the strengths of Chelsea assistant coach Zsolt Low.

« In theory, when the manager isn’t there, it is an advantage but [I] also know Zsolt Low quite well, their assistant, » Marsch said.

« He is a brilliant football mind and I have no doubt that he will be able to help out from there. »

Leeds won their opening game of the Premier League season 2-1 against Wolverhampton Wanderers but let a two-goal lead slip in their last match against Southampton as they drew 2-2.