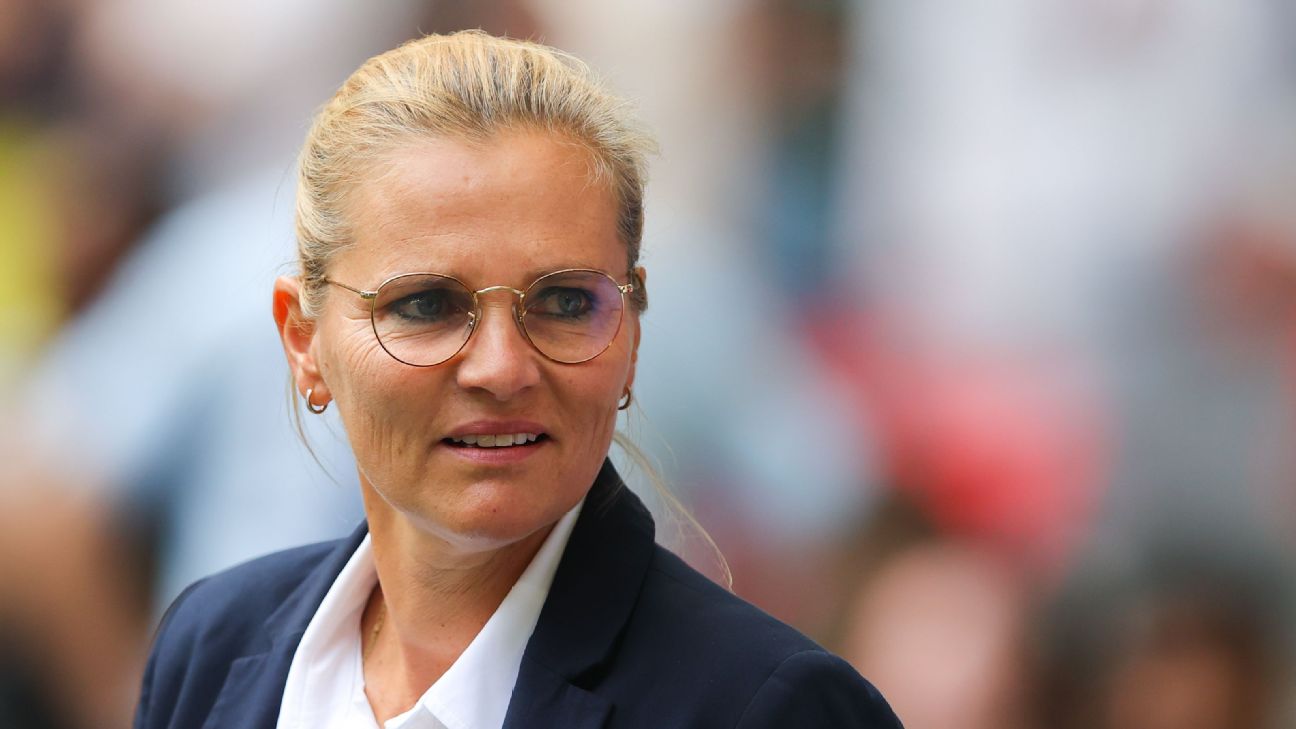 Sarina Wiegman has named her first squad since England’s historic European Championship win, as the team prepares for the Women’s World Cup qualifiers next month.

Forward Chloe Kelly and midfielder Fran Kirby have been ruled out with injuries, while all-time top goalscorer Ellen White and midfielder Jill Scott are also notable absentees in the squad after they announced their retirement this week.

– White’s best goals after retiring as England’s top scorer
– Which teams can challenge for the Women’s World Cup?
– Stream on ESPN+: LaLiga, Bundesliga, MLS, more (US)

Kelly scored the winning goal in extra time as England defeated Germany 2-1 in the Euro final last month, securing their first major trophy in front of a record home crowd.

« It only feels like yesterday since we were celebrating at Wembley, but we have to get straight back to business, » Wiegman said.

« We have a big target in front of us this month to book our place at the World Cup, and we have to set aside our amazing memories of this summer for the moment. »

Arsenal midfielder Jordan Nobbs marks her return to the squad having missed out on the Euros due to a knee injury.

Other call ups include Manchester United midfielder Katie Zelem, Chelsea forward Lauren James, who is the only uncapped player, and Houston Dash striker Ebony Salmon who comes into the team after scoring eight goals in as many games.

Manchester City goalkeeper Sandy MacIver replaces Hannah Hampton, who has been left out for personal reasons.

« We have lost four players in midfield and forward positions, so I am pleased we can turn to experience in Katie and Jordan along with two for the future in Lauren and Ebony.

« When we can, it is important to give opportunities to our promising younger players in this environment, and for them to experience what is expected in the senior set-up both on and off the pitch. This includes Sandy MacIver, who just missed out on the Euros (squad). »

England are due to play away to Austria on Sept. 3 and host Luxembourg three days later in the World Cup qualifiers.

England need a point against Austria or, failing that, a win over Luxembourg to confirm their place in the 2023 World Cup, which will be held in Australia and New Zealand.