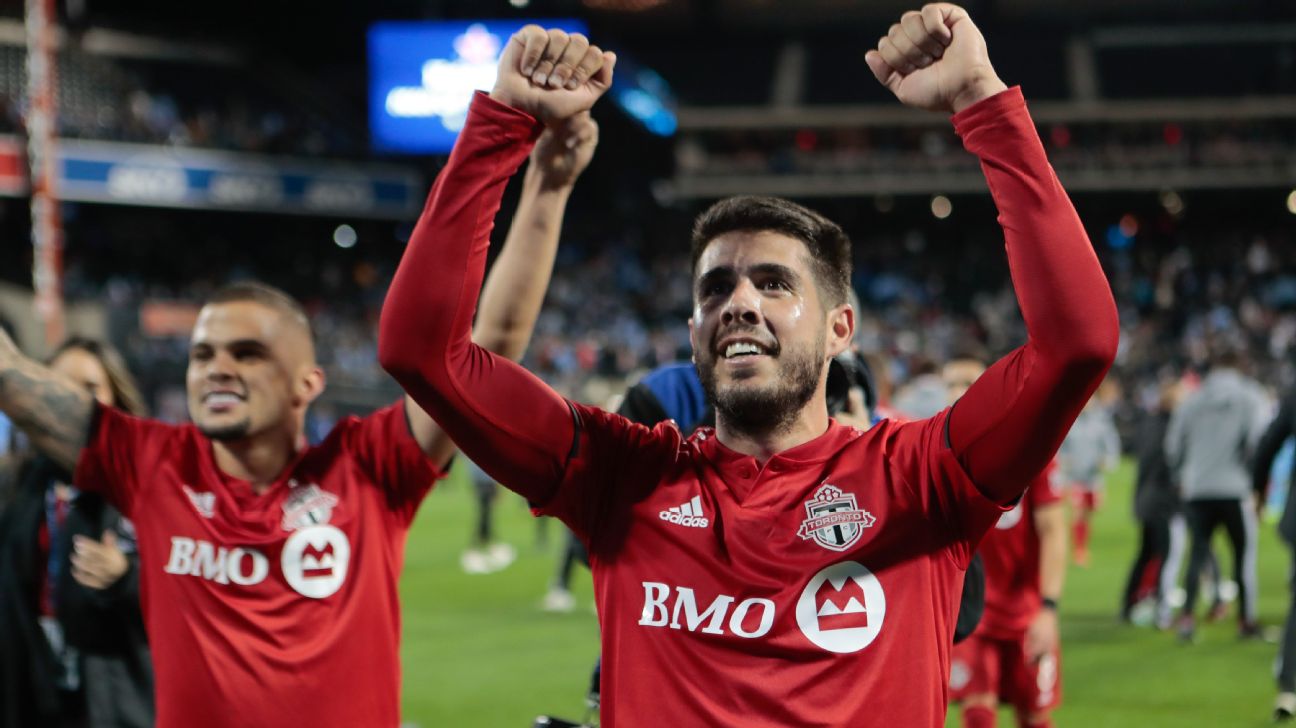 Inter Miami CF is finalizing a deal to acquire Toronto FC midfielder and former MLS MVP Alejandro Pozuelo in exchange for $150,000 in allocation money, a source has confirmed to ESPN.

Fabrizio Romano was the first to report the news of Pozuelo’s move to Miami.

– MLS on ESPN+: Stream LIVE games, replays (US only)
– Don’t have ESPN? Get instant access

The trade has been linked to another reported transaction, that of Toronto acquiring Italian international Federico Bernardeschi, who is available on a free transfer after his contract with Italian Serie A side Juventus expired. That move was first reported by Toronto-based journalist Michael Singh.

Outwardly, the move looks to be an astute piece of business for Miami, who are still feeling the effects of league sanctions handed down last season for violating the league’s roster rules, which included having two more Designated Players on their roster than was allowed. The penalties included having its bucket of allocation money reduced by $2.27m over the course of two seasons.

Yet Miami still acquired the 2020 MLS MVP for a bargain price, though his current contract expires at the end of this season. This means Miami may end up having the Spaniard on its books for just half a season, though there is nothing stopping the two parties from agreeing on a new deal.

For now, the expectation is that Pozuelo will mesh well with forward Leonardo Campana, whose eight goals have him tied for seventh in the league.

For Toronto, the value is that Pozuelo’s departure means an open DP slot to use on Bernardeschi, and the player’s salary is off their books. They also managed to get something for a player who could have left for nothing at season’s end.

Pozuelo, 30, joined TFC in 2019 and was an instant hit, recording 12 goals and 12 assists in leading the Reds to that year’s MLS Cup final. The Spaniard followed that up with an MVP season in the 2020 campaign that was impacted by the COVID-19 pandemic, recording nine goals and 10 assists.

He was slowed by injuries in 2021, registering just one goal and four assists in 19 MLS appearances. All told, he scored 28 goals and added 34 assists in 93 league and playoff appearances.

Pozuelo started his career with Real Betis, starting out with the club’s reserve team in the Segunda Division B, and then making his first team debut in 2011. He went on to play for Swansea City, Rayo Vallecano and Belgian side KRC Genk.