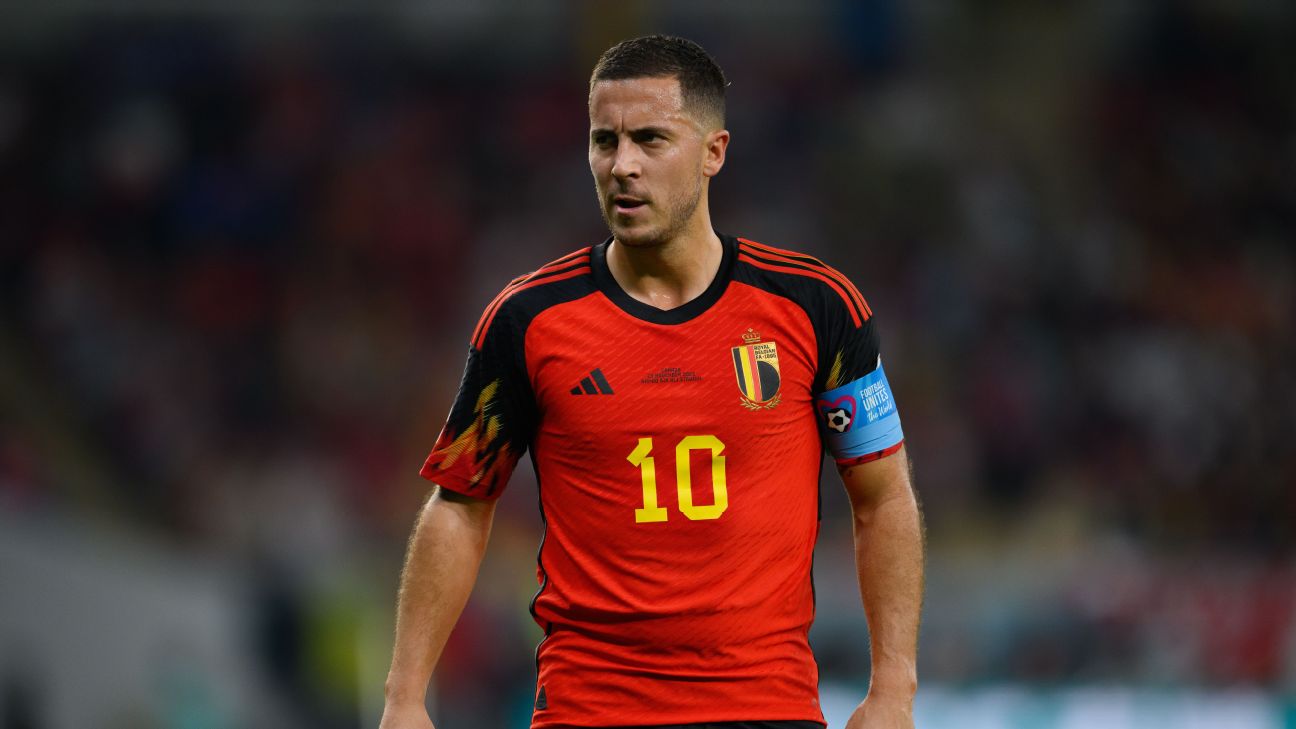 Eden Hazard has announced that he will retire from international football following Belgium’s disappointing World Cup campaign in Qatar.

Belgium were dumped out of the tournament at the group stage with the Real Madrid forward failing to make an impact on the team.

Hazard, 31, played in all three Group F games but did not score as Belgium beat Canada, lost to Morocco and played out a goalless draw with Croatia to finish third.

« I have decided to put an end to my international career. The succession is ready. I will miss you….#onestensemble. »

Hazard’s announcement comes after Roberto Martinez confirmed he would leave his role as Belgium head coach after their tournament exit.

Hazard captained his nation in Qatar and has been a key figure for Belgium in recent years.

The forward was one of their standout performers at the 2018 World Cup, where he helped Belgium secure a third-place finish — the nation’s best performance at the finals.

Hazard made his international debut in 2008. He scored 33 times in 126 appearances for Belgium.

Information from Reuters was included in this report.