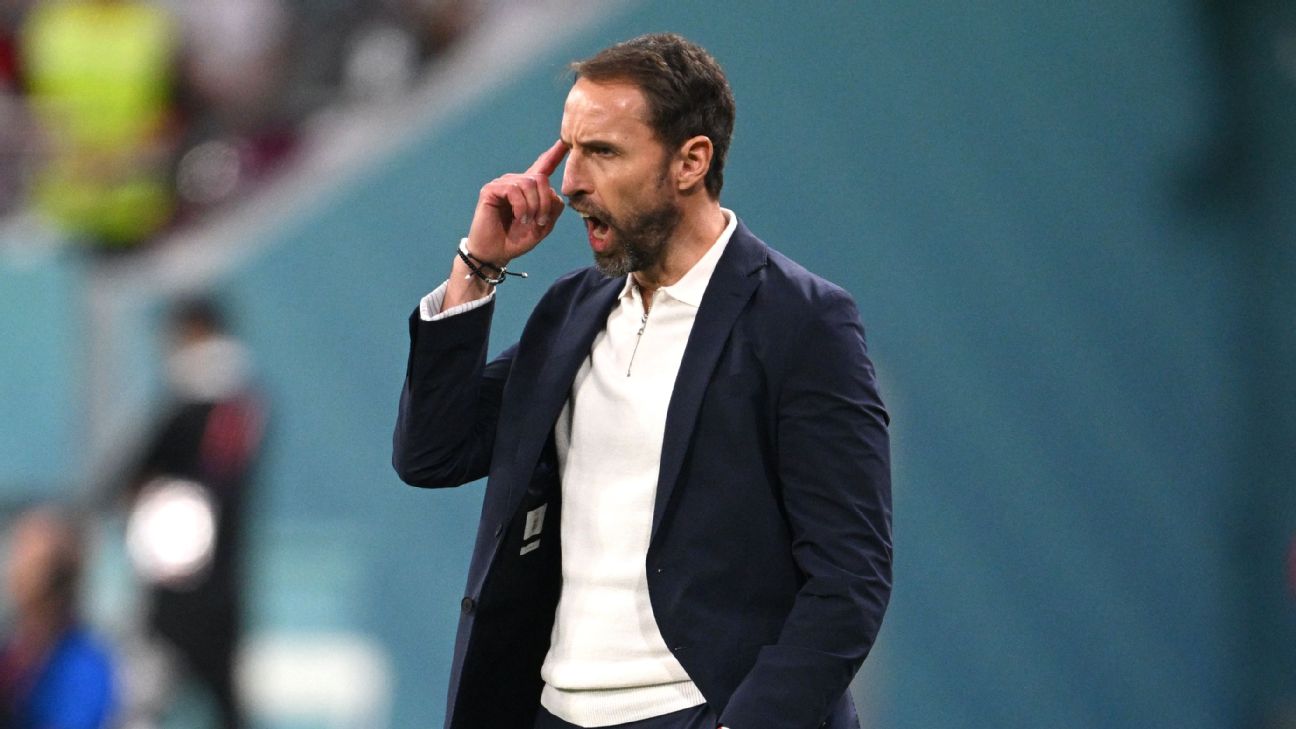 DOHA, Qatar — Gareth Southgate has warned England must improve their defending against the United States on Friday as Gregg Berhalter’s side « will be coming full-throttle » in their Group B clash.

England kicked off their World Cup campaign with a commanding 6-2 win over Iran at Khalifa International Stadium on Monday as Jude Bellingham, Bukayo Saka (twice), Raheem Sterling, Marcus Rashford and Jack Grealish all found the net.

It was England’s biggest-ever victory in their opening match of a major tournament but Southgate was concerned about a second half in which Mehdi Taremi scored twice, the first a superb first-time finish and the second a stoppage-time penalty after a debatable intervention from VAR as John Stones pulled Morteza Pouraliganji’s shirt.

« Look, we are really pleased to start the tournament in this way, really pleased with our attacking play, » Southgate said in his postmatch news conference.

« I don’t like games that drift as this one did and it was difficult because there was so much added time in both halves. I understand the focus drifting a little but that won’t be enough for us to progress in the tournament. So, we’ve still got a lot to do to qualify but of course this is a really good start for us. »

Southgate also confirmed Harry Maguire was substituted with illness and said Harry Kane was « fine » despite leaving the stadium with light strapping on his right ankle.