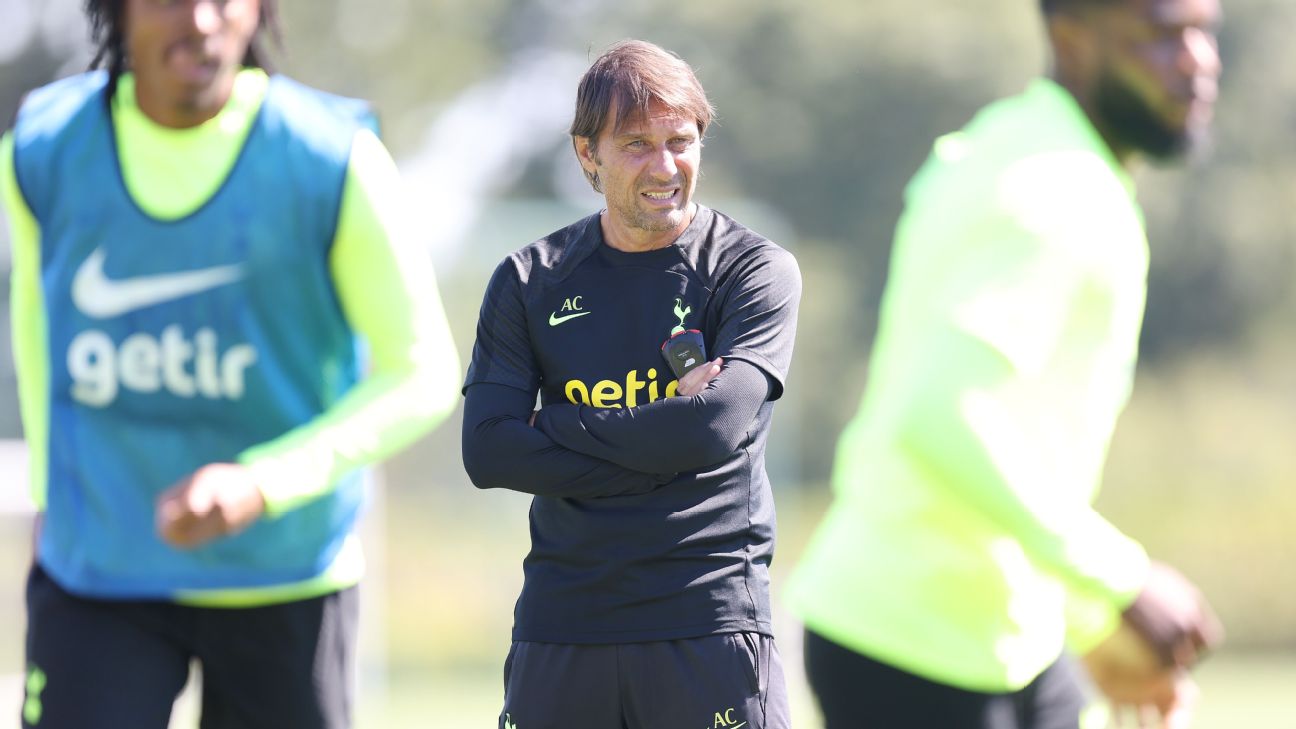 Antonio Conte has hinted Tottenham Hotspur may not sign any more players this summer after suggesting the club would be « foolish » to rush the overhaul of their squad.

Spurs have brought in six players so far this window and are expected to complete their seventh signing next week as Destiny Udogie is set to finalize a £21 million deal before rejoining Udinese on a season-long loan.

Conte wants to turn Spurs into Premier League title contenders and their credentials will be tested on Sunday against Chelsea at Stamford Bridge, a venue where Spurs have won just one league game since 1990.

Conte was asked whether Tottenham now had a squad big enough to compete on four fronts following the arrivals of Fraser Forster, Richarlison, Yves Bissouma, Djed Spence, Ivan Perisic and Clement Lenglet — who will miss this weekend’s match with a minor muscular problem.

« We are talking about a good squad, » Conte said. « I always say to you that I think we have just started our process to try to build a strong squad.

« This is normal because after only eight months, I think we did a really good job with the club together to improve the players that I started to play with. In January, to bring two players like Deki [Dejan Kulusevski] and Rodrigo [Bentancur].

« And now in the last transfer market to bring other players to improve ourselves. We have to continue in this way but I know very well that I can’t have everything quickly because it would be foolish to ask for a lot of players and to spend a lot of money.

Conte spoke repeatedly last season about a « very large » gap between Tottenham and the Premier League’s top sides but his side finished fourth, while no team in the division has scored more goals in 2022 than Spurs’ 51.

« For sure, this is a really good surprise, to see the change of the team in such a short time, » Conte added.

« It’s positive, it’s positive for me. I can be surprised for the short time that we needed to do this. Now there is the most difficult part, because to have a good improvement quickly can happen but when you stay on one level, to have another step and another step becomes more difficult.