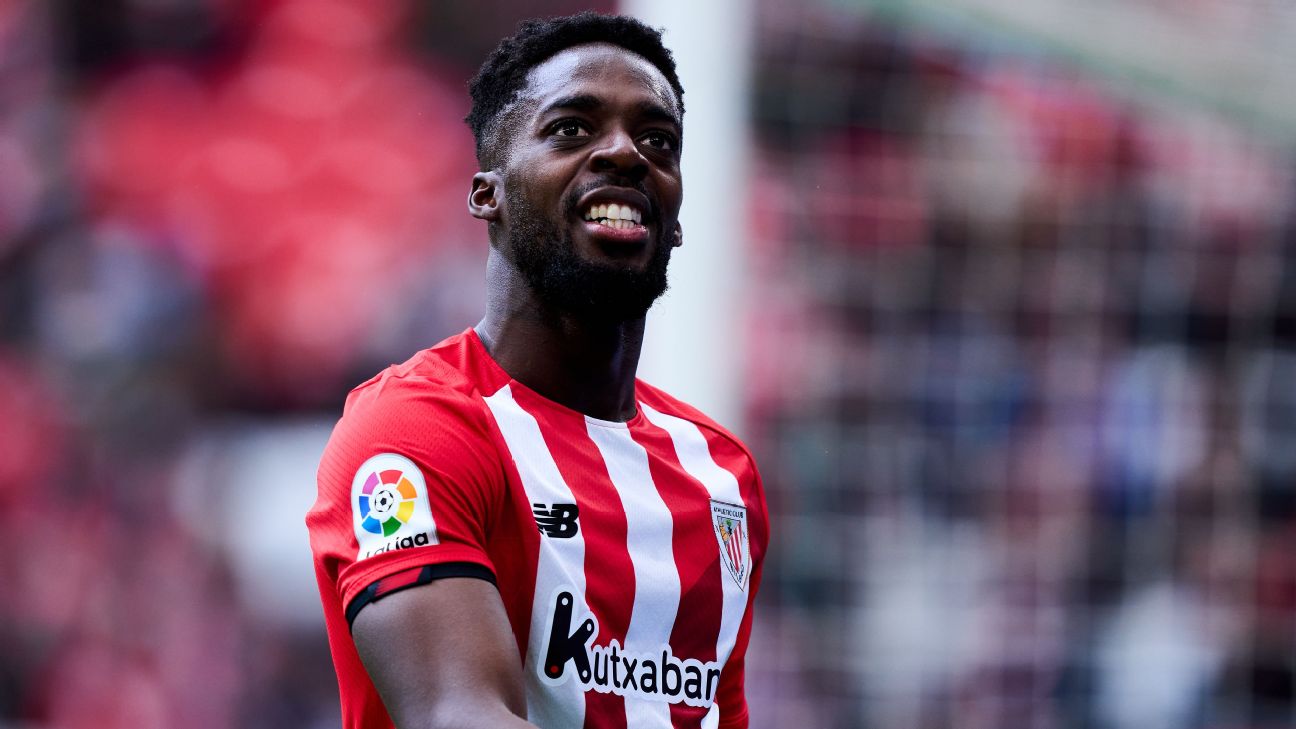 Athletic Club’s Inaki Williams has chosen to represent Ghana in international football having previously played for Spain, the forward said on Tuesday.

The 28-year-old, who was born in Bilbao to Ghanaian parents, has played for the Spain Under-21 side and also made one appearance for the senior team in a friendly against Bosnia in 2016.

– La Liga on ESPN+: Stream LIVE games and replays (US only)
– Don’t have ESPN? Get instant access

« Every step we take forward has its own meaning… a glance into the future which leaves a trace itself. A legacy. My parents have raised me with values ​​based on humility, respect and love, » Williams said in a video posted on social media.

« That’s why I feel the moment has come for me to find my origins within myself and with Africa and Ghana which means so much to me and my family. »

Ghana Football Association president Kurt Okraku tweeted that Brighton & Hove Albion’s Tariq Lamptey was also available for selection. The 21-year-old right back has been a youth international for England.

FIFA rules stipulate that players can switch countries if they have not played more than three matches for a country before the age of 21 and have not featured in a World Cup or continental tournament.


Williams holds the LaLiga record for consecutive appearances — 233 games — after bettering the previous mark of 202 in October.

The switch comes as a boost for Ghana ahead of this year’s World Cup in Qatar, where they have been grouped alongside Portugal, Uruguay and South Korea. The tournament kicks off on Nov. 21.