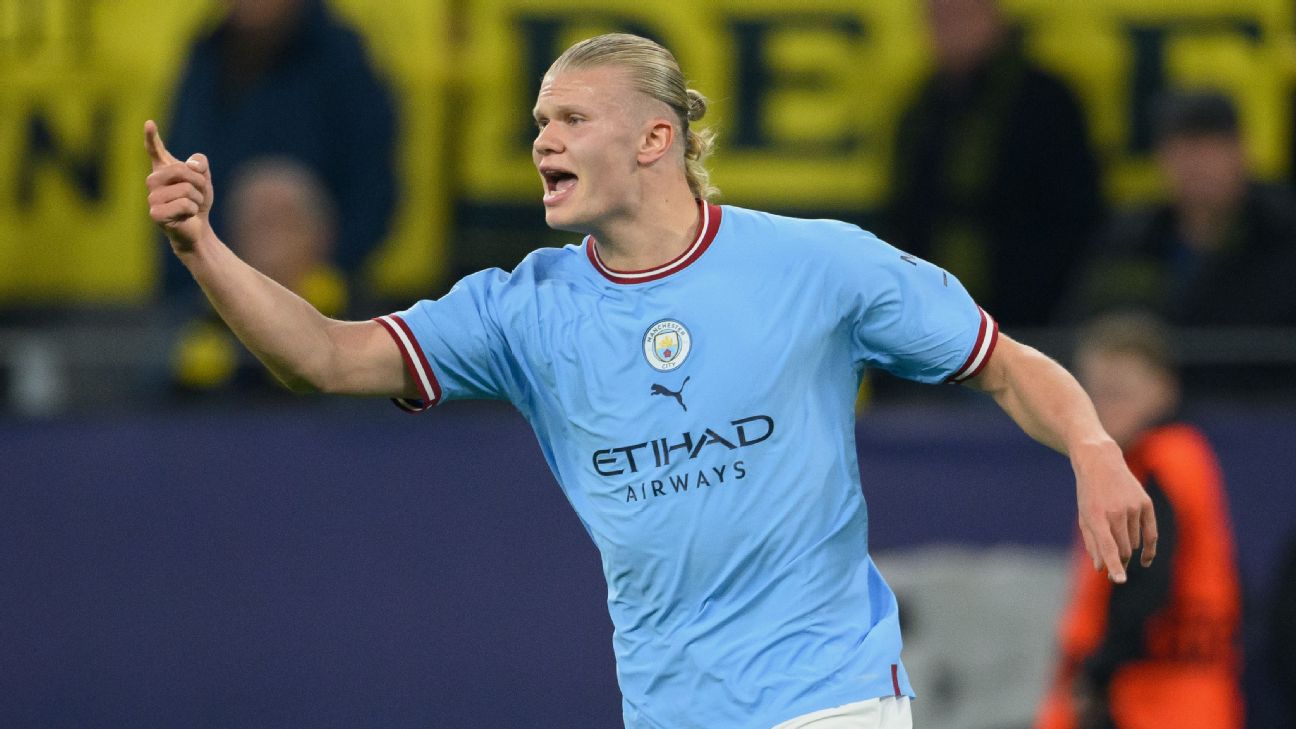 Guardiola did not risk Haaland for City’s Champions League win over Sevilla on Wednesday, given they had already sealed top spot in their group, after the striker picked up a knock against former club Borussia Dortmund last week.

Haaland has scored an incredible 22 goals across all competitions already this season and could be given the chance to add to his tally on Saturday.

« He’s much better, we’ll decide today, » Guardiola told a news conference on Friday. « A good step, he starts training today. We will see this afternoon. We consider his opinion, the doctor’s opinion, [if he will play] 90 minutes or less minutes, we’ll see. »

However, Guardiola confirmed England internationals Kalvin Phillips and Kyle Walker are still not fit to make the matchday squad.

« Surprise news. I know his mum and dad, he is an incredible human being, huge personality, » Guardiola said. « A player for the big games, never not in the highest level. All the big clubs need these kind of players.

« He won everything for Barcelona and Spain. The time arrives, the future will be bright, he’s a smart guy. An honor to be his manager, we spent an incredible four years together.