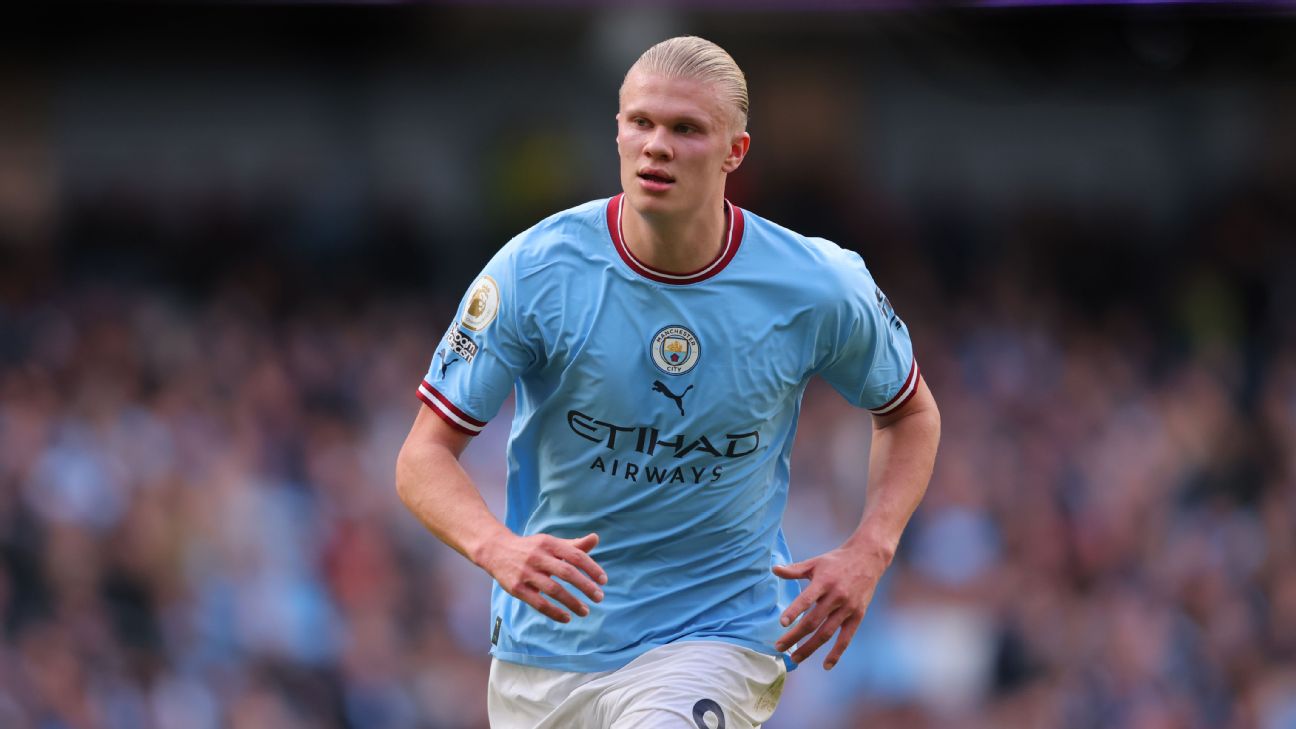 Haaland has made a fine start to his City career since signing from Borussia Dortmund for his release clause, which sources told ESPN was worth €60 million.

The 22-year-old has scored 20 goals in 14 appearances across all competitions for City this campaign, which has led his representative Rafaela Pimenta to say he could break the £1 billion barrier for a signing.

« If you put together his football value, his image value, his sponsor value, it is for sure £1 billion, » Pimenta said when talking about the transfer fee Haaland could be signed for in an interview with Sky Sports.

« It’s normal to compare Erling with [Kylian] Mbappe, so you have a little bit of an idea of ​​the market — I think Erling would be the first player to achieve a transfer that would be around £1 billion. »

Earlier this month City manager Pep Guardiola rejected reports that Haaland had a clause in his contract which would allow him to join Real Madrid for a lower fee after the 2023-24 season.

« The good and bad of being a lawyer is that you know what you cannot say, » Pimenta said in response to a question about those reports. « You don’t need somebody poking you like, ‘Don’t say this, don’t say that.’ I cannot talk about it. »

Pimenta was also asked whether discussions would take place soon over a new contract for the Norway international at the Etihad Stadium.