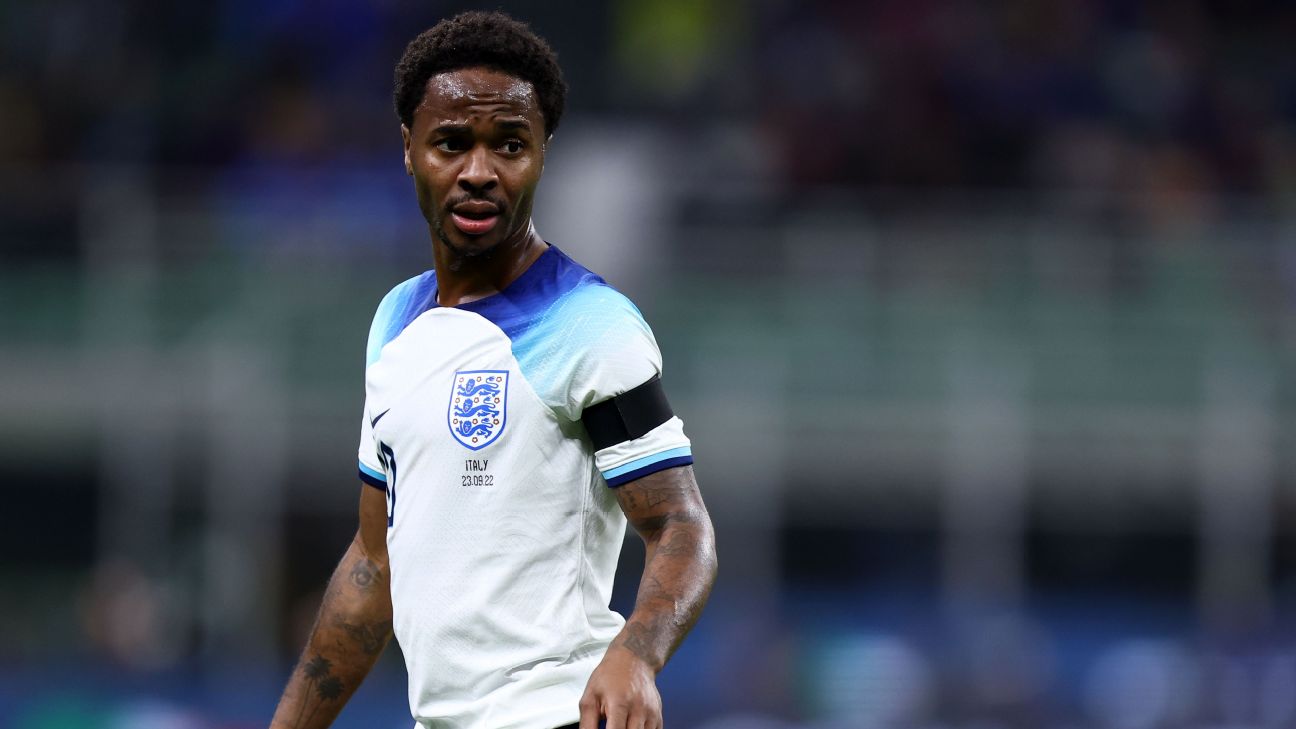 Raheem Sterling has said England’s players must take responsibility for their poor form ahead of the 2022 World Cup in Qatar, adding the team are in the right hands under manager Gareth Southgate.

England were relegated to the second tier of the UEFA Nations League on Friday as they slumped to a 1-0 defeat against Italy — a loss that summed up the team’s struggles in a repeat of the Euro 2020 final as their winless run stretched to five games, without a single open-play goal scored in that time.

Sterling, who played a crucial part in England’s runs to the semifinal of the 2018 World Cup and final of Euro 2020, said it is not time to panic despite the World Cup starting in less than two months.

« After the summer, we all had to come away and look at ourselves. None of us were proud of those performances, and I don’t think it is for Gareth to shoulder all of that blame.

« We’ve got players in our squad that have played at the highest level, and we need to take some of that responsibility and start to put some of these performances right, and win football matches.

« That is what we are here for. We are not a country here to just take part, we want to win things. We’ve spoken as a collective and I think we are in the right state to put things right. »

England play again on Monday at home to Germany — their final match before their World Cup opener against Iran on Nov. 21. Liverpool’s Trent Alexander-Arnold has been left out of the squad for Monday’s Nations League match. The right-back was an unused substitute in Friday’s defeat by Italy, raising further doubts over his World Cup spot. Elsewhere, Fikayo Tomori, Jarrod Bowen and James Ward-Prowse also miss out.

Southgate, who was subjected to boos and jeers during Friday’s defeat, said « negativity » surrounding the team was « not healthy, » and urged fans to keep faith in the team.

« Of course, it is not healthy for the team to be having this noise around them, » Southgate said.

« I fully understand that. But it is for me to take responsibility, it is for me to allow them to go and play. I want them to feel freedom. They know we always talk about that around the training ground, on the training pitch , and I would urge the supporters to get behind the team. »