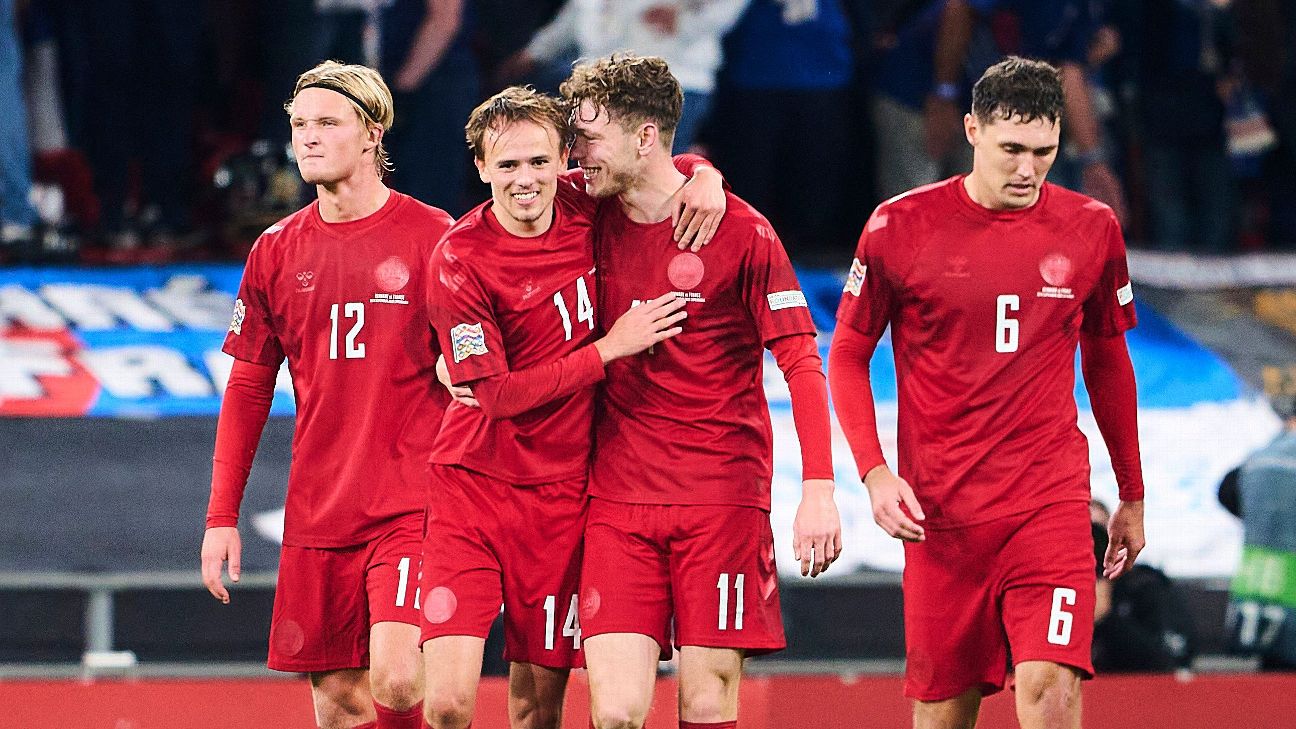 Denmark will wear team jerseys at the World Cup that protest the human rights record of host nation Qatar, with a black option, which was unveiled on Wednesday, to honor migrant workers who died during construction work for the tournament.

« The color of mourning, » kit manufacturer Hummel said in a post on Instagram releasing the black third-choice design.

« While we support the Danish national team all the way, this shouldn’t be confused with support for a tournament that has cost thousands of people their lives. »

The designs seem to complete a promise made by the Danish soccer federation last November to wear clothing with « critical messages » at the tournament in Qatar.

Though FIFA’s World Cup rules prohibit political statements on team uniform, the three Denmark shirt designs in all-red, all-white and all-black appear to comply with no words or symbols that are an explicit statement. The national team badge, Hummel logo and decorative white chevrons — a famous feature of the Denmark shirt since the 1980s — are faded into the same single color as the shirt.

This shirt carries with it a message.

We don’t wish to be visible during a tournament that has cost thousands of people their lives.

We support the Danish national team all the way, but that isn’t the same as supporting Qatar as a host nation. pic.twitter.com/7bgMgK7WzS

« We don’t wish to be visible during [the] tournament, » Hummel said. « We support the Danish national team all the way, but that isn’t the same as supporting Qatar as a host nation. »

Denmark, the world’s No. 10-ranked team, which reached the European Championship semifinals last year, has been one of the 32 World Cup teams most likely to take a strong stance against Qatar.

The gas-rich emirate has been fiercely criticized in the past decade for its treatment of migrant workers mostly from south Asia needed to build tens of billions of dollars’ worth of stadiums, metro lines, roads and hotels.

Danish officials have taken a leading role in a group of European soccer federations visiting Qatar to monitor the progress of reforms promised in labor laws.

Denmark has been drawn in a World Cup group with defending champions France alongside Australia and Tunisia.

The FIFA match schedule for the tournament lists Denmark as the home team with first choice of color kit only for its opening game, which is Nov. 22 against Tunisia.