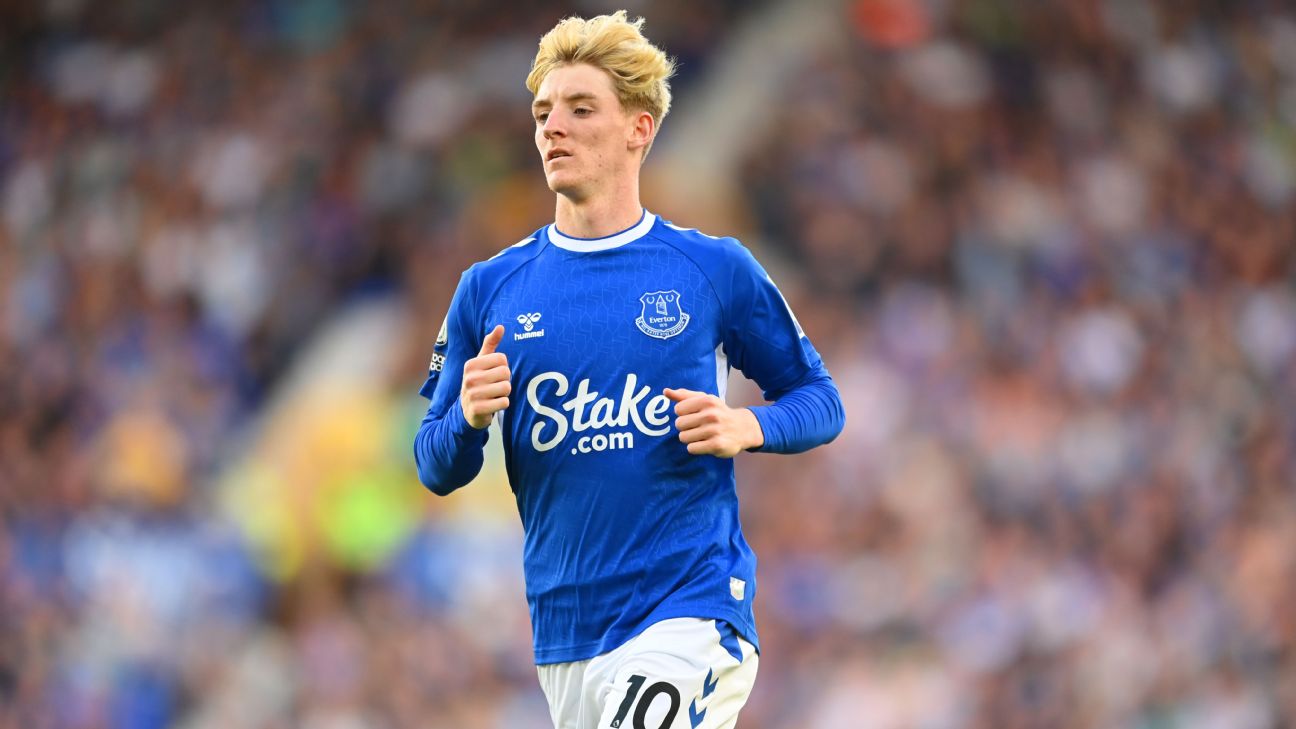 Chelsea are discussing a second approach for Anthony Gordon after they had an initial offer worth £40 million turned down by Everton, writes Fabrizio Romano.

The 21-year-old winger’s future has been cast into doubt this summer with a number of teams interested in him, but after Frank Lampard’s side stood firm against inquiries from Tottenham Hotspur and Newcastle United, the latest indicates that they could be set to face further pressure in the battle to keep him at Goodison Park.

CBS have suggested that the Toffees value Gordon at £50m, but despite Newcastle United previously having their inquiry turned down, Eddie Howe’s side are keen to land him, and could be prepared to re-join the race if Chelsea have an offer accepted.

Thomas Tuchel is prepared to offer players as part of an exchange deal, though early indications report that Everton would not be interested in reuniting with Ross Barkley.

– Leeds United are looking at signing winger Wilfried Gnonto, reveals Gianluca Di Marzio. Jesse Marsch’s side are currently looking for a replacement for Raphinha after he joined Barcelona, ​​and it is reported that a fee in the region of €5m would be enough to persuade Zurich to part ways with him. The 18-year-old contributed to 11 goals in 33 appearances last season in the Swiss league, and he has also represented the Italy national side.

– Abdul Mumin is on the radar of both AFC Bournemouth and Fulham, writes Ekrem Konur. Both Premier League sides are looking to enhance their centre-back options before the transfer window closes, and it looks as though they have identified the 24-year-old Vitoria star as a potential solution. The Portuguese side would be prepared to accept an offer worth €5m.

– Jakub Kiwior could be set to leave Spezia this summer, with AC Milan and West Ham United understood to be racing for his signature. That’s according to Calciomercato, who reports that while the Hammers submitted a €10m proposal, the Serie A club are confident that they can receive a higher figure for the 22-year-old Poland international defender.

– Everton are interested in landing Armando Brojaaccording to CBS. The Toffees have understood to have identified the 20-year-old striker as a potential solution with Dominic Calvert-Lewin out with injury, but Chelsea are reluctant to allow him to leave Stamford Bridge on a permanent deal this summer. Broja came on as a substitute during the Blues 2-2 draw with Tottenham on Sunday.

– There’s been plenty of interest in Internazionale centre-back Milan Skriniar this summer, but the Nerazzurri are keen to keep him at the San Siro, reports Gazzetta dello Sport. The 27-year-old centre-back has been linked with a move to Paris Saint-Germain in recent weeks, but it is reported that manager Simone Inzaghi wants to ensure that he remains in Italy beyond this summer. Skriniar featured 87 minutes on Saturday as Inter defeated Lecce 2-1 in the Serie A opener.

Who we’d take to Qatar