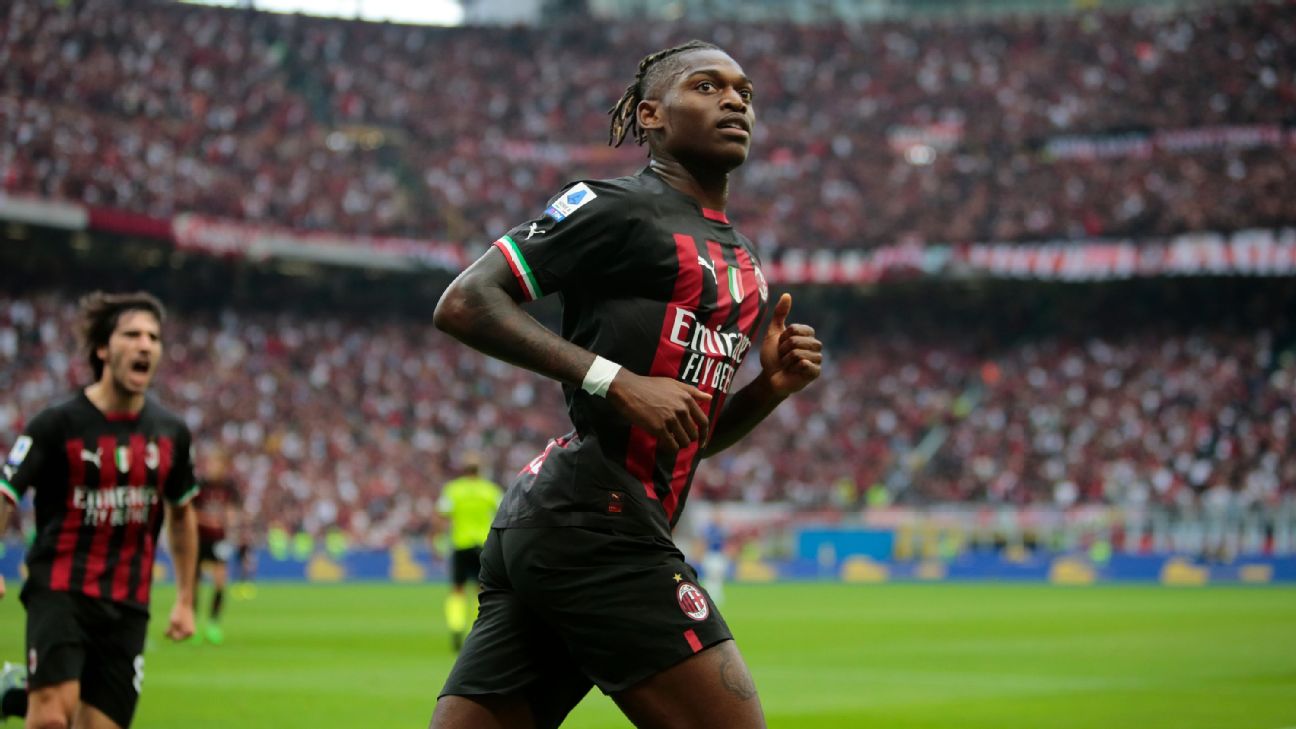 With just a few weeks remaining before the opening of the January transfer window, there’s plenty of gossip swirling about who’s moving where. Transfer Talk brings you all the latest buzz on rumours, comings, goings and, of course, done deals!

Chelsea are moving to sign Molde forward David Datro Fofanabut Calciomercato is reporting that the Blues aren’t stopping there, linking them with AC Milan’s rafael leaoJuventus’ Dusan Vlahovic and AS Roma’s Tammy Abraham.

With Armando Broja’s season having come to an unfortunate end, Chelsea are looking to bring in a top forward to provide a boost for Graham Potter and his side.

Milan have previously been linked with Broja, as well as hakim ziyechbut the Blues are firmly focused on Leao when it comes to discussions with the Serie A outfit.

It will take at least €80 million to sign the Portugal international, a figure that has not put off the Premier League side as they prepare a budget and wait for updates on the 23-year-old’s contract situation.

Leao’s current deal ends in 2024 and there is a distance in valuations for a renewal between player and club, with Milan possibly set to offer him €7m per season.

As well as Leao, Chelsea are monitoring Vlahovic, who could be persuaded to leave Juventus because of the club’s legal troubles and the recent departure of president Andrea Agnelli and the rest of the board.

Abraham is also being considered in the background for a return to Chelsea, but the club would not be willing to pay the €75m option to re-sign him from Roma in January, the report adds.

– Sky Sports Deutschland have offered an update on Borussia Dortmund’s transfer situation, saying for starters that there will be no big January signings. The club is holding firm that Eintracht Frankfurt’s Daichi Kamada has not committed to joining Dortmund and that nothing will be completed soon. In more promising news, the report adds that Dortmund will sign Borussia Monchengladbach’s Ramy Bensebaini as a free agent in the summer and are looking at Feyenoord’s Lutsharel Geertruida.

– Contract talks between Paris Saint-Germain and Lionel Messi, Marquinhos, Presnel Kimpembe and Sergio Ramos have been heading in a positive direction, according to Le10Sport, which adds that sporting director Luis Campos has undertaken a project centered around renewals in recent months. Messi and Ramos currently have deals that expire at the end of the season, while Marquinhos and Kimpembe have an extra year on their respective deals.

– Atalanta are demanding €40m for Giorgio Scalvini with Internazionale hoping to sign the centre-back, reports Calciomercato. This comes with Inter having previously missed out on Gleison Bremerwhile Milan Skriniar will soon be making a decision on whether to sign a contract to stay with the Nerazzurri or move to PSG. John Fabbian could be included in a deal for Scalvini if ​​necessary.

– Atletico Madrid have Fenerbahce’s Bright Osayi-Samuel on their list of potential incoming players as they continue to aim for a new right-sided player, according to Ekrem Konur. However, it is added that the 24-year-old is not a priority as it stands.

– Kicker suggests that Bouna Sarr will be allowed to leave Bayern Munich despite his current contract running until 2024. However, there is currently just limited interest in the right-back, who is still working his way back from injury.