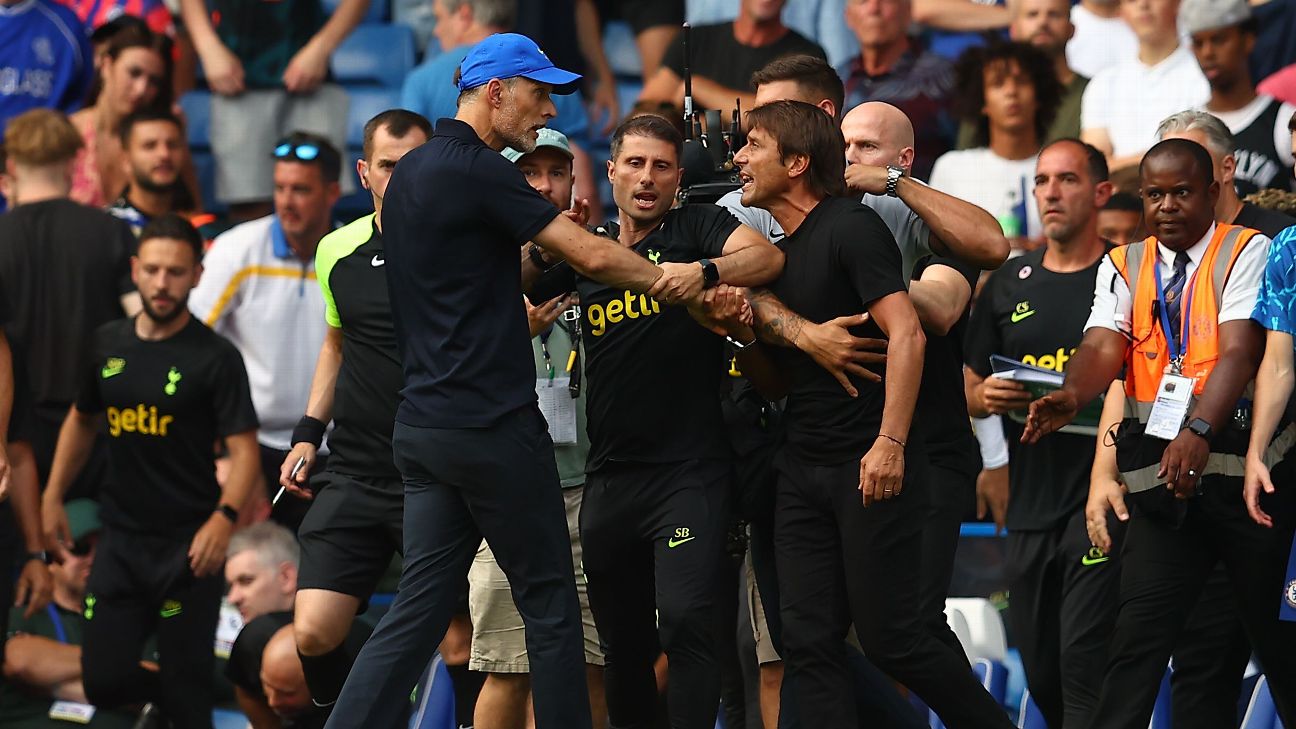 Chelsea manager Thomas Tuchel has been banned from the touchline for one game by the English Football Association after a confrontation with Tottenham Hotspur boss Antonio Conte at the end of Sunday’s heated Premier League draw at Stamford Bridge.

The managers briefly shook hands after the 2-2 draw but tempers flared as they did so and the two had to be separated by players and staff from both teams.

– Notebook: Chelsea’s Pulisic set for showdown talks
– Ranking every transfer between big six clubs
– Which clubs make the most profit in the transfer window?
– Don’t have ESPN? Get instant access

Both managers were also shown red cards by referee Anthony Taylor as a result of the fracas and the FA charged the pair with « improper conduct » for their behavior.

The FA said Tuchel’s ban was temporarily suspended pending the independent regulatory commission’s written reasons for its decisions, which will be made available later.

Tuchel was also fined £35,000, while Conte was fined £15,000 after both managers admitted their behavior was improper.

The Chelsea boss appeared to see the funny side of his row with Conte in a news conference before the punishment was announced on Friday.

« It is very important to laugh about ourselves, » Tuchel said.

« Of course we laugh [about the handshake turning into an internet meme]. I was laughing in the dressing room because it was the heat of the match and it was for me still not that bad, it was a handshake, a bit too long and too heavy handshake I admit it, but no harm was done, at least from my side.

« He spoke Italian to me so I never know how we didn’t insult each other. The thing would have ended if there were not 20 people around us to make it look much worse than it actually was. But if you have [a] reaction like this, you need to live with the reaction towards it. »