Body of soccer journalist Grant Wahl returned to US 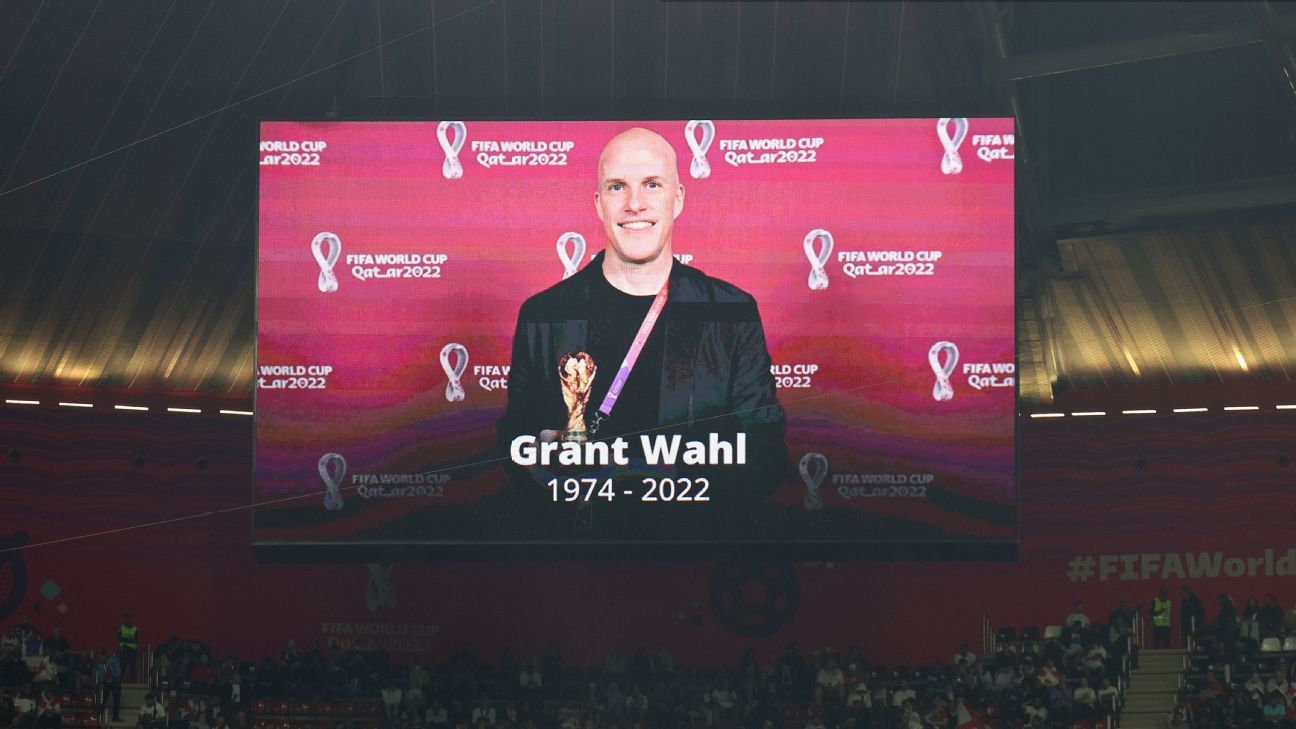 The body and possessions of soccer journalist Grant Wahl were repatriated to the United States on Monday after his death last week while covering the World Cup in Qatar, a senior State Department official said.

The official said Wahl’s remains and his belongings arrived at New York’s John F. Kennedy Airport around 8:30 am ET.

They were accompanied by a consular official from the US Embassy in Doha who had had custody of Wahl’s remains since shortly after he collapsed during the Friday match between Argentina and the Netherlands and later died.

The official, who spoke on condition of anonymity because of privacy concerns, had no additional details but said the embassy in Qatar had been working with Wahl’s family to ensure the repatriation went smoothly.

Wahl, an American journalist who helped increase the popularity of soccer in the United States and reported on some of the biggest stories in the sport, was 49.

Tributes to Wahl have poured in since his death. On Monday, US Secretary of State Antony Blinken added his voice to the chorus of appreciation.

« I so appreciated Grant Wahl, whose writing captured not only the essence of the beautiful game but also the world around it, » Blinken wrote on Twitter about an hour after the repatriation was complete.

« I send my deepest condolences to his family, and thank our embassy team and Qatari partners who worked together so effectively to fulfill their wishes, » Blinken wrote.

Wahl, who had complained of respiratory problems earlier in the week and had been treated for a possible case of bronchitis, fell back in his seat in a section of Lusail Stadium reserved for journalists during extra time of the game, and reporters adjacent to him called for assistance.

Emergency services workers responded very quickly, treated him for 20 or 30 minutes onsite and then took him out on a stretcher.

The World Cup organizing committee said he was taken to Doha’s Hamad General Hospital, but it did not state a cause of death.

Wahl wrote for Sports Illustrated for more than two decades and then started his own website.

He was a major voice informing the American public on soccer during a time of increased interest after the United States hosted the 1994 World Cup.

He also brought a critical eye to the international organizing bodies of the sport.