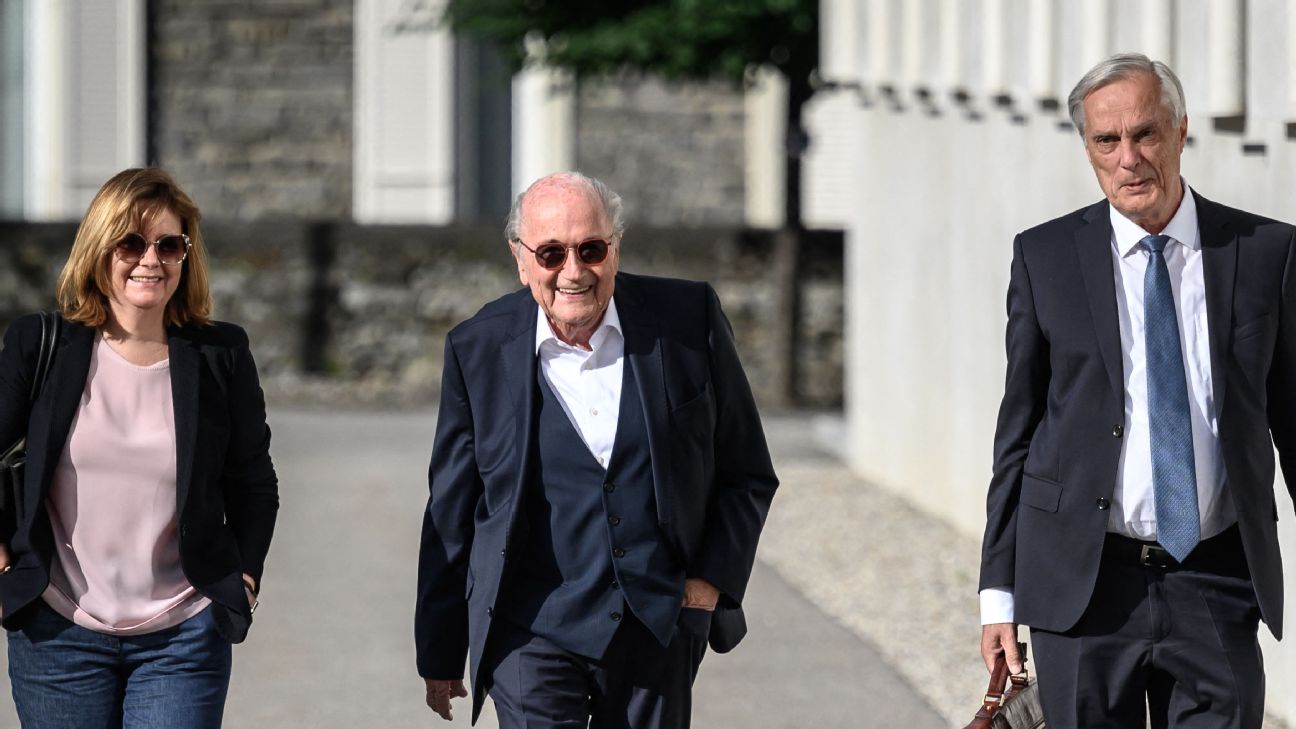 Former FIFA president Sepp Blatter and France football legend Michel Platini were both cleared of corruption charges by a Swiss court on Friday.

Blatter, who led FIFA for 17 years, was cleared of fraud by the Federal Criminal Court in the southern city of Bellinzona. Platini, a former France national team captain and manager, was also acquitted of fraud.

The case meant Blatter ended his reign as FIFA president in disgrace, and it wrecked Platini’s hopes of succeeding him after he was banned from football when the affair came to light. Blatter, 86, had said the 2 million franc payment followed a « gentlemen’s agreement » between the pair when he asked Platini to be his technical adviser in 1998.

Platini, 67, worked as a consultant between 1998 and 2002 with an annual salary of 300,000 Swiss francs — the most FIFA could afford because of money troubles the organization had at the time, Blatter told the court. The rest of Platini’s 1 million per year salary was to be settled at a later date, Blatter said.

« I want to express my happiness for all my loved ones that justice has finally been done after seven years of lies and manipulation, » Platini said in a statement.

« The truth has come to light during this trial, » he added. « I kept saying it: my fight is a fight against injustice. I won a first game. »

Motives for the alleged payment were unclear, although the two men met in 2010 and discussed the upcoming elections for the FIFA presidency in 2011. When Blatter approved the payment, he was campaigning for re-election against Mohamed bin Hammam of Qatar. Platini, then president of European soccer association UEFA, was seen as having sway with European members who could influence the vote.

Prosecutors said the oral agreement between the two men for Platini to be paid 2 million francs later for his consultancy work never existed, and described it as an « invention ». The payment emerged following a huge investigation launched by the US Department of Justice into bribery, fraud and money laundering at FIFA in 2015, which triggered Blatter’s resignation.

Both officials were banned in 2015 from soccer for eight years over the payment, although their bans were later reduced.

Platini, who also lost his job as UEFA president following the ban, said the affair was a deliberate attempt to throw his attempt to become FIFA president in 2015.