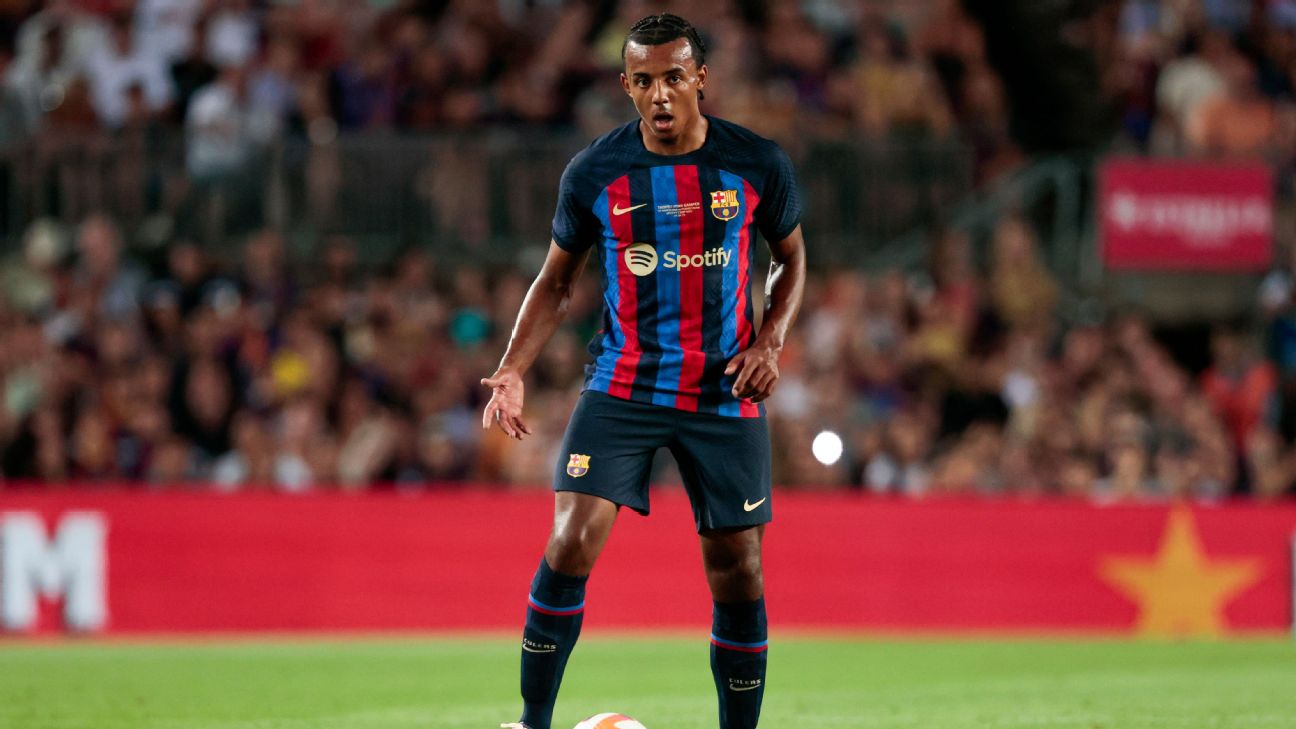 Kounde arrived for €55 million from Sevilla in July and is the only one of Barça’s six summer signings yet to be registered.

Robert Lewandowski, Raphinha, Franck Kessie and Andreas Christensen were all registered last Friday, just 24 hours ahead of the opening game against Rayo Vallecano at Camp Nou, a goalless draw.

Pablo Torre has a youth registration for now and has been included in the squad to travel to San Sebastian this weekend.

Barca have sold club assets worth over €700m this summer to improve their financial situation and are now operating with a 1:1 ratio when it comes to new signings.

That means they can spend whatever they make in fees or save in wages on new players — they were previously working with a 1:4 ratio.

However, they do not yet have enough space within their LaLiga-imposed spending cap to register France international Kounde.

Coach Xavi Hernandez said on Saturday inscribing the defender was a « priority » but that players would need to leave for it to be possible.

Barca are negotiating the departures of Pierre-Emerick Aubameyang and Memphis Depay with Chelsea and Juventus respectively, but both are in the squad to face La Real in San Sebastian.

Sergino Dest is another player who could leave the club. Xavi has told him to leave and he has been left out of the squad for both of Barca’s league games this season.