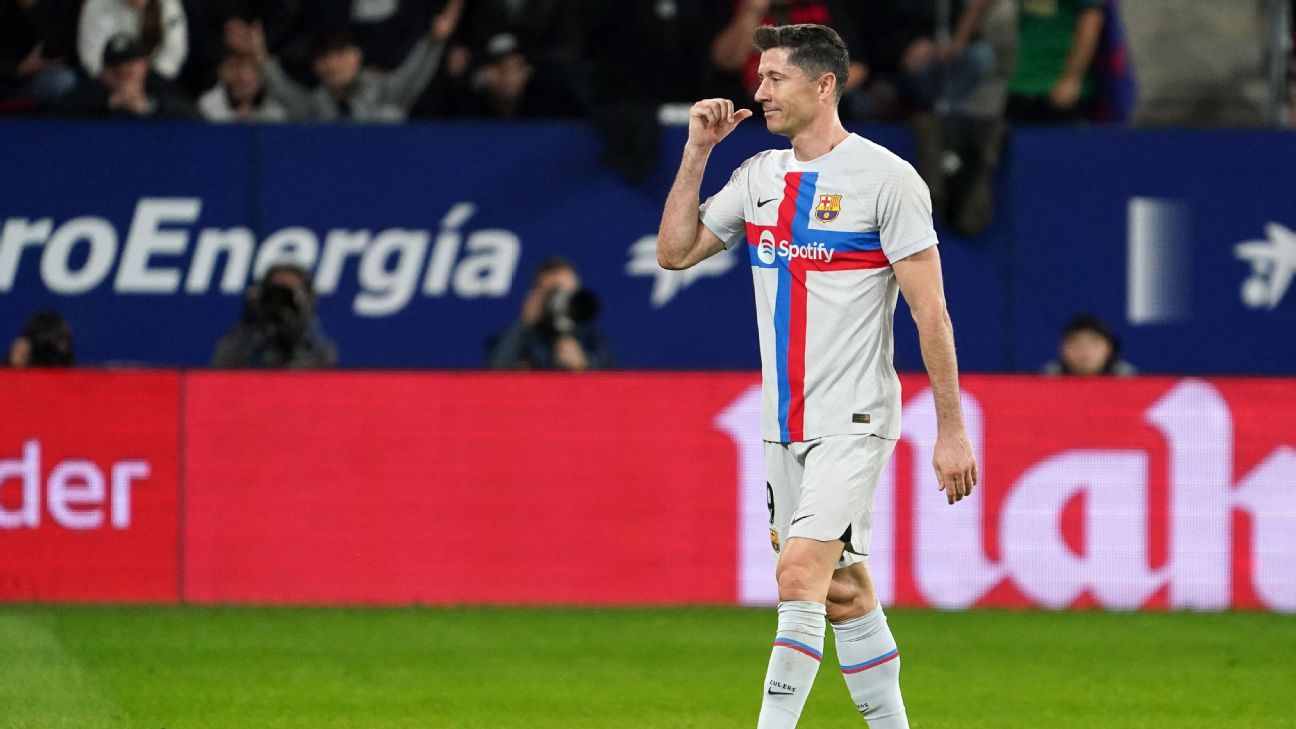 Barcelona will appeal Robert Lewandowski’s three-game ban to the highest sporting court in Spain after the Royal Spanish Football Federation (RFEF) upheld the suspension on Monday, sources confirmed to ESPN.

Lewandowski, 34, was handed a one-game ban last month for his red card in Barcelona’s 2-1 win over Osasuna plus an additional two games for his reaction to the dismissal.

The Poland international responded to being expelled by making a gesture — touching his nose and pointing toward the referee, Jesus Gil Manzano — which was deemed disrespectful and arrogant by the RFEF.

Lewandowski denied the gesture was meant for the official, saying it was intended for his coach Xavi Hernandez following a conversation they had the previous week.

On those grounds, Barca appealed the ban, but the RFEF rejected their arguments, forcing the Catalan club to take the issue to the Spanish Administrative Sports Court (TAD) on Monday.

If the suspension is upheld, the striker will miss the local derby against Espanyol on Dec. 31 and the league games against Atletico Madrid and Getafe at the start of 2023.

He would be available for the Spanish Supercopa, which will take place in Saudi Arabia after Barca’s game at Atletico in January, as the suspension covers only LaLiga fixtures.

Lewandowski, who has scored 18 goals for the club this season, is due back in training with Barca next week after Poland were eliminated from the World Cup on Saturday, losing 3-1 to France in the last 16.

Barca, meanwhile, returned to work on Monday after over two weeks off following the win over Osasuna at the start of November, although the majority of their squad remain involved in Qatar.

Lewandowski, Marc-Andre ter Stegen and Andreas Christensen are due back in the coming days after their respective nations were knocked out of the World Cup.